With just a little bit of coding, you can build custom menus, alerts, prompt the user for input and more. If you do not know how to code, I've written a series of tutorials on learning to code using Google Sheets and Google Apps Script.

Spreadsheets are ultimately about helping you and other users make good decisions and solve problems. They're a powerful tool and with this power comes complexity and the ability to make inadvertent errors. A custom user interface that is optimized for your use case can help reduce errors, improve productivity and even make your spreadsheets more fun to use!

In this tutorial series, you'll learn how to build the following user interfaces in Google Sheets:

Custom menus in Google Sheets to make it easy for end users to access the functionality that you've developed using Google Apps Script. These custom menus will be displayed in the menu bar right next to the Help menu. The screenshot below shows a custom menu called ⚙️ Admin Settings.

A toast is a notification that provides some contextual information to the user in an unobtrusive manner. A toast notification will automatically disappear after a few seconds. In Google Sheets, toast notifications are displayed in the bottom right corner of the screen.

Learn how to display notifications in Google Sheets using toasts.

A pop up alert message is used to display important information that the user must pay attention to. They can also be used to confirm with the user before taking some action.

Learn how to display pop up alert messages in Google Sheets.

A prompt is used to get input from the user in a Google Sheets application. A prompt is a popup dialog that has a text field for the user to enter some text.

Learn how to get user input in Google Sheets using prompts.

You can create buttons in Google Sheets to run custom scripts. Clicking the button will run a Google Apps Script function that you specify.

This can be very useful to build simple applications within the Google Sheets UI itself. For example, you can build a simple expense report approval workflow where clicking the Send Emails button in the top right corner will send out emails to let people know the approval status of their expense reports.

Learn how to build clickable buttons in Google Sheets.

A radio button is a user interface element that lets users select a single option from a number of different (and usually mutually exclusive) options. Learn how to build radio-button-like functionality in Google Sheets using Google Apps Script.

A Sidebar is a UI widget that appears on the right hand side of Google Sheets. If you have added conditional formatting to your Google Sheets spreadsheet, you've seen sidebars in action. You can build your own custom sidebars using Apps Script. 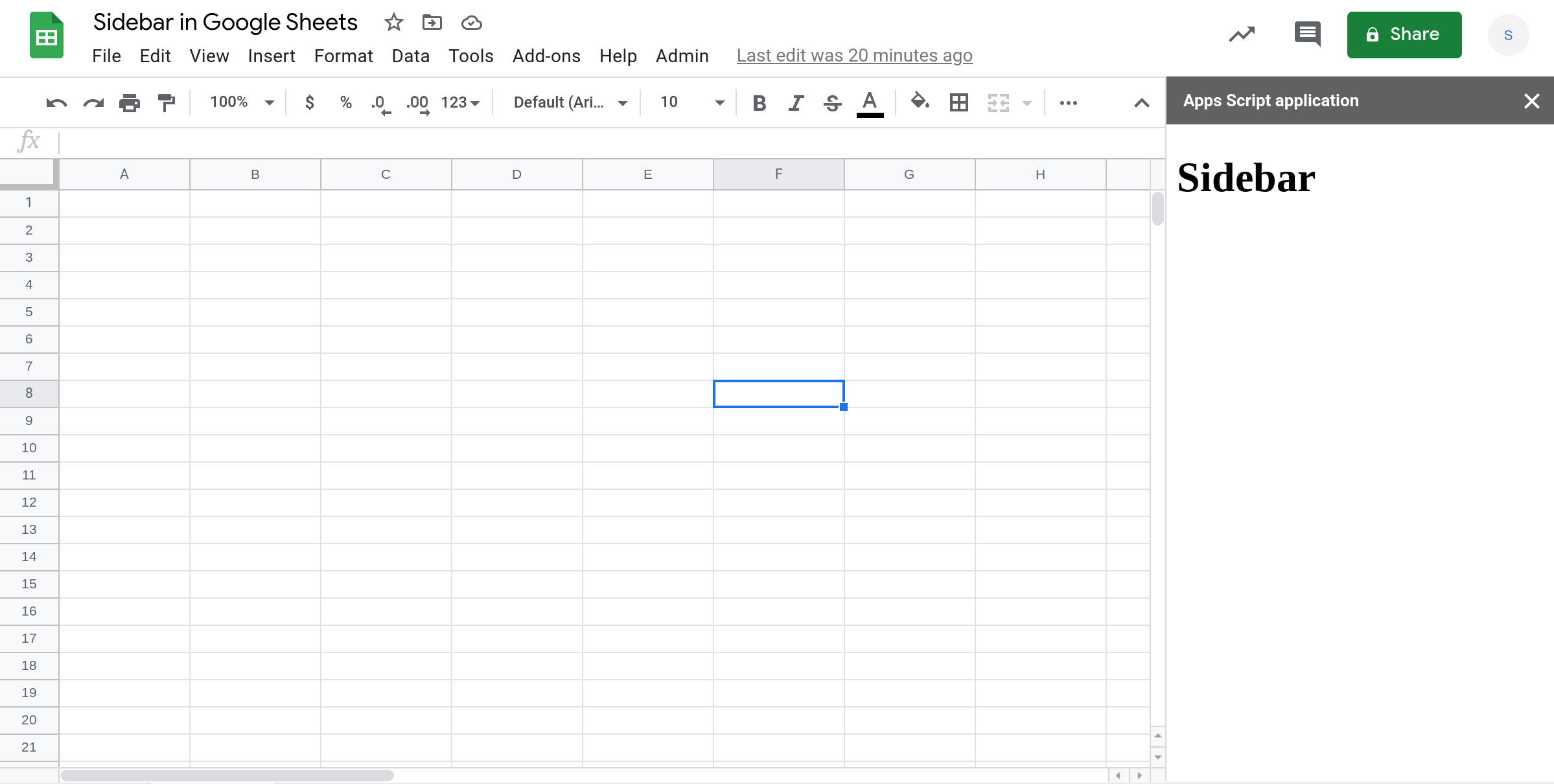 Learn how to build a custom sidebar in Google Sheets.

Learn how to build a custom dialog in Google Sheets.