If you're familiar with Google Sheets, you've probably used functions such as SUM, AVERAGE, COUNT, etc. in formulas.

Using Apps Script, you can also write your own functions. These are called custom functions. Once you create these functions, you can use them in Sheets just like any other function.

What is a function?

Functions in Apps Script have the following structure.

The words function and return are called keywords.

In Apps Script, there are a few words that have a special meaning. These words are called keywords. You can see the full list of keywords here.

You don't need to memorize this list. Just remember that Apps Script places some restrictions on these words. For example, you cannot use a keyword as the name of a function.

Keywords are a subset of a larger set of words called reserved words. You also cannot use a reserved word as the name of a function.

If the function accepts multiple input values, use a comma to separate them.

The line in the above code that starts with // is a comment. Apps Script ignores comments. They are used to help others understand your code.

Here is a diagram that visualizes what the function is doing.

A statement is a line of code in Apps Script that does something. Statements usually end with a semicolon. In the previous para, by "return statement", I meant the following line of code:

A function that does not accept any input value but returns an outputValue.

A function that neither accepts input values nor returns any value.

You must follow certain rules while naming your function.

Remember that function names in Apps Script are case-sensitive. So, MYFUNCTION is not the same as myFunction.

Here are some best practices for naming your function.

You're going to write a function that returns a number that you believe will bring you luck. Let's start by documenting a few details.

I think the number 3 brings me luck so here is a function that returns my lucky number.

Here is a screenshot of the above function in the Apps Script editor.

You can now use this custom function in a Google Sheets formula just like any other function. 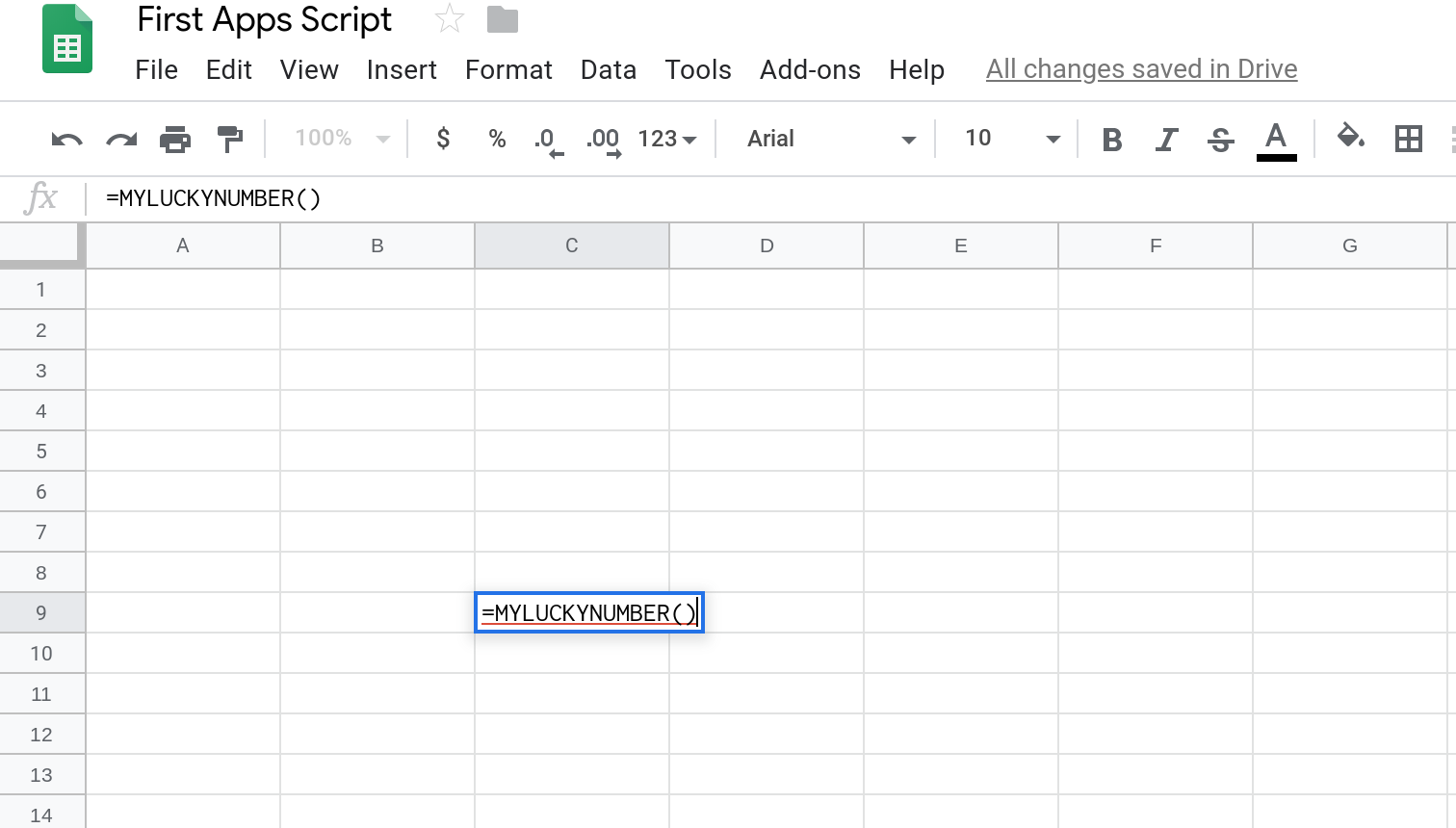 You should see your lucky number displayed in the cell where you entered the formula. 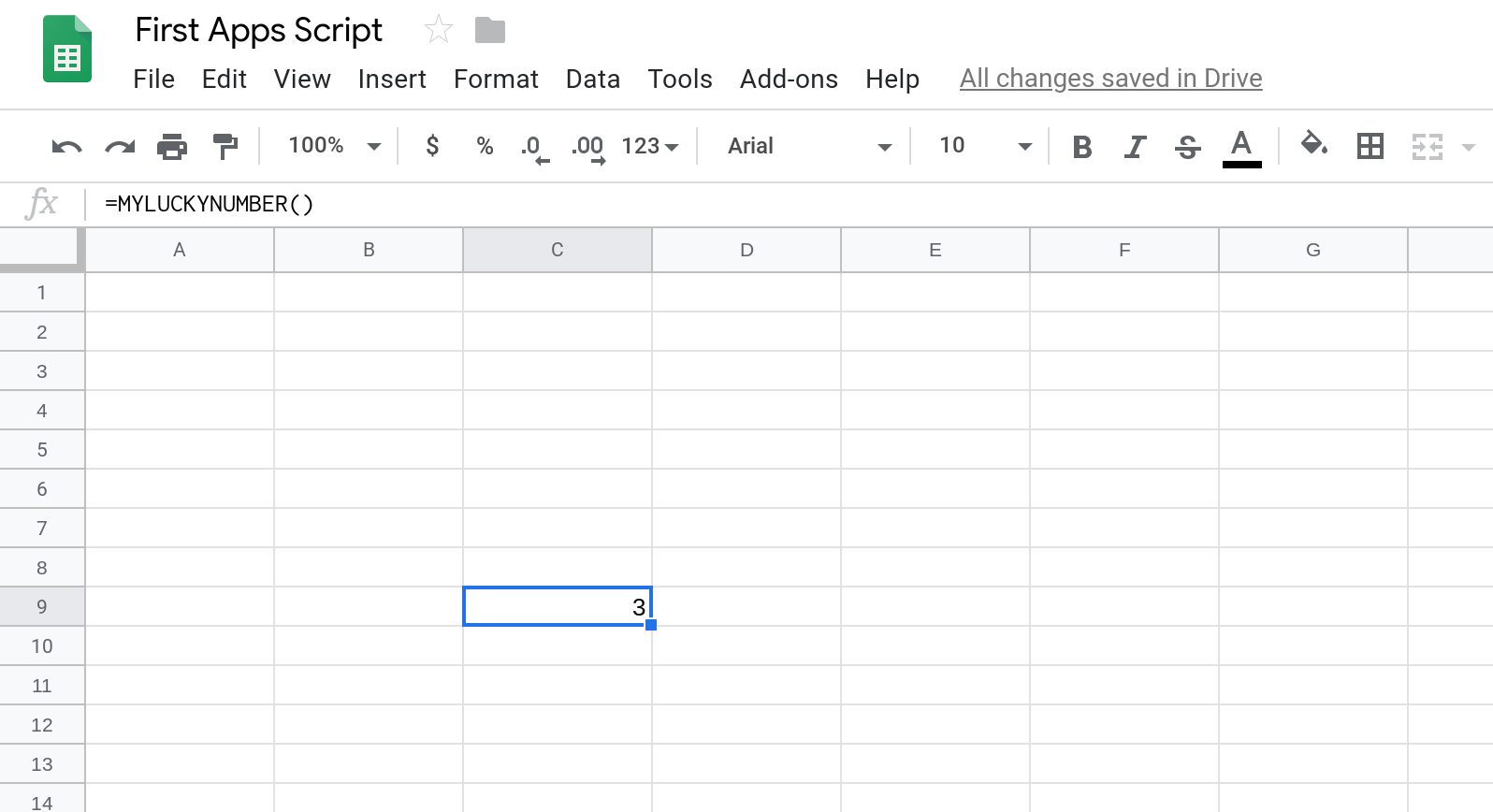