Send an email for every row in a Google Sheet

This tutorial will teach you how to send an email for every row in a Google Sheet.

You have a list of email addresses in a sheet and you want to send an email to each person on this list.

Furthermore, please be aware that Google restricts the amount of email that can be sent from Google Sheets via Apps Script. So, the solution described in this post may not be useful if you need to send large volumes of email (eg. tens of thousands of email).

This tutorial assumes that you're familiar with:

This tutorial is divided into four sections 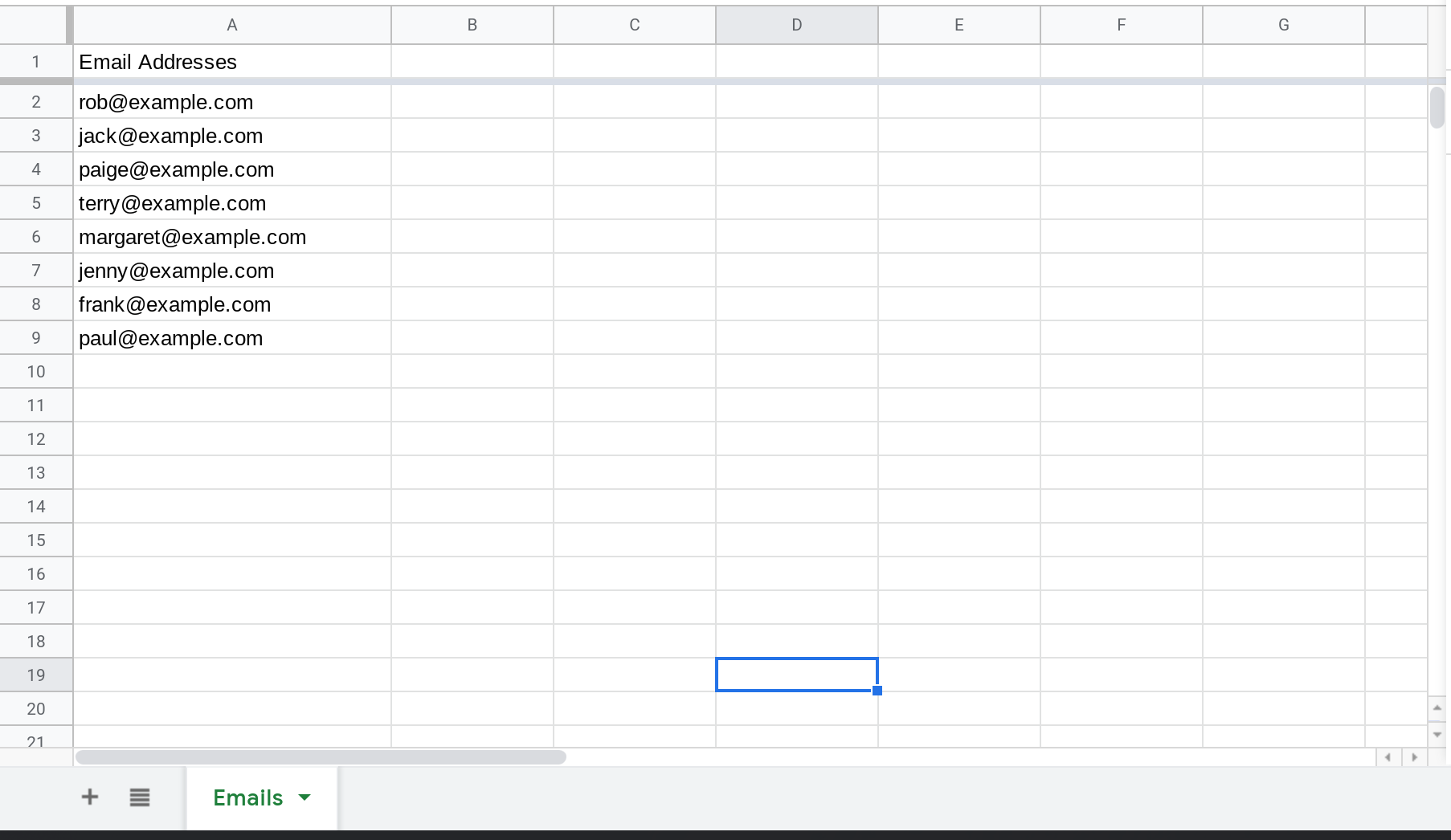 Section 2: Create a sheet called Templates containing the subject and body of the email message

Section 3: Create an Apps Script to read data from your sheet and send emails

First, open the script editor by selecting Tools → Script editor. Then, replace the function myFunction with the code below.

Understanding the output of the getData() function

The data returned by the getData() function is a two-dimensional array of values in a sheet, indexed by row and then by column. Consider the following statement.

The output of the getData("Emails") function is the data structure below. It is a two-dimensional array of values in the Emails sheet. 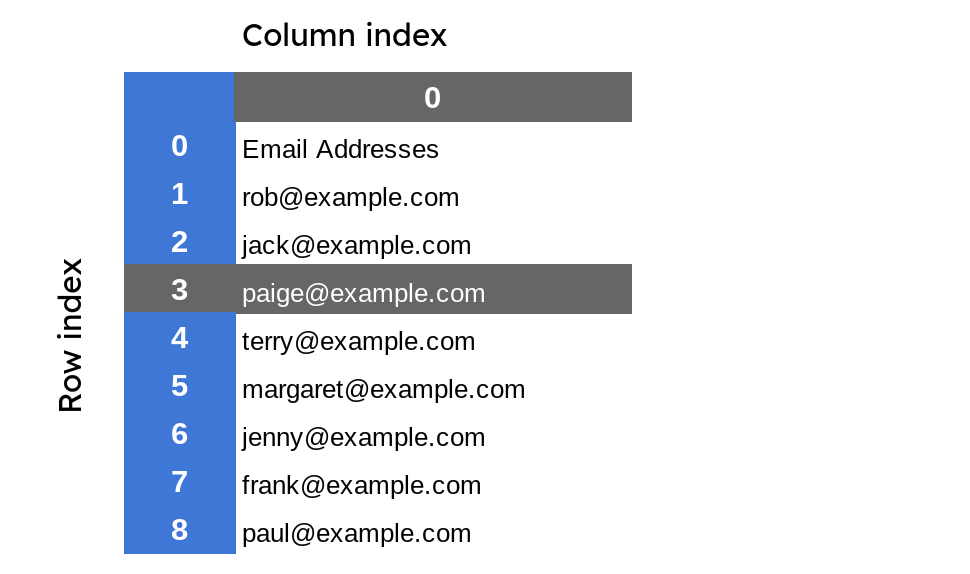 Understanding how the sendEmails() function works

First, we use the getData() function to get the email subject and body from the Templates sheet.

Next, we get the data in the Emails sheet.

We remove the header row from emailData since it isn't an email address. The shift() function removes the first value in an array and returns it.

Then, we iterate through each row in emailData, get the email address from the row and send an email.

To run your script, choose the sendEmails function from the drop down menu and click the play icon.

You'll be asked to authorize the script. Once you authorize it, your script will run and emails will be sent. Here is a screenshot of an email that was sent when I ran the script.

There are several ways in which the script can be improved. Here are a few:

In this tutorial, you learned how to send an email for every row in a Google sheet.